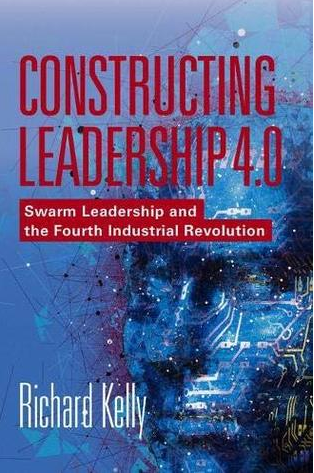 The fourth industrial revolution, which is shaped by the emerging technologies of robotics, new sources of energy, and artificial intelligence, is creating new lifestyles, new expectations, fresh economic perspectives, and new political and geopolitical developments. The question every organisational decision-maker should be asking themselves is how their organisation can develop responsive leaders to navigate this complexity. This book seeks to answer this question, gaining inspiration from the natural world.

Swarm leadership is an adaptive, emergent, connected, responsive, and collaborative model that belongs broadly in the category of collective leadership. Swarm leadership is not simply shared leadership which connotes distribution of power and authority, this is setting up the organisational infrastructure – known as a hive – in a way that encourages open innovation and decision-making from collaborative communities on the design and direction of the business.

Swarm leadership differs from distributed or shared leadership. Distributed leadership has been influential in the education sector and is about group relationships and the ‘interactions between leaders and followers’. It has been described as a ‘balance between networks and individuals, personality and practices, and freedom and control.’

Shared leadership is more common in organisations and has been defined as occurring when all members of a team are fully engaged in the leadership of the team. Shared leadership entails a simultaneous, ongoing, mutual influence process within a team, that involves the serial emergence of official as well as unofficial leaders. In other words, shared leadership could be considered a case of fully developed empowerment in teams.

Common across all these accounts is the idea that leadership is not the monopoly or responsibility of just one person, with each suggesting a similar need for a more collective and systemic understanding of leadership as a social process. Shared and distributed leadership models are different from swarm leaderships. They still belong to the category of influence-led models that merely redistribute and devolve centralised power from leaders to followers.

Swarm leadership is part of a self-organising complex adaptive system – it is a collaborative networked effort that adapts and self-organises (rather than self-manages) in the moment, swarming in on a task or challenge and collectively innovating, organising, and collaborating.

Previously people who became managers and did this well were appointed to leadership positions. This was not always ideal as they perhaps didn’t have the right attitudes, at times micromanaging and appearing cold. At times contemporary leadership development is profoundly disconnected. It has been counterproductive or simply pointless to teach leaders transformational leadership behaviours when they are in a system that expects them to carry out basic transactional duties such as appraising their staff. The current ecosystem is not reinforcing the leadership aspiration.

Leadership mindsets of the future will not be based on the principle of influencing and motivating others; nor will it be prescribed by the organisation. It will be a more agile, collaborative, and responsive leadership and this is going to be reflected in educational content around building collective mindsets, with its emphasis on sensemaking, collaborating with swarm intelligence, connectivism, network perspective and awareness of digital technologies and solutions. Learning will not be in classrooms instead more likely to be self-directed through networks and technology.

An integrated and holistic approach to developing leaders which expands beyond mere mindset training is required.  Specifically the three overlapping categories Structure, Mindset & Leadership behaviour are connections that should be developed. These pillars of learning reinforce leadership behaviours of responsiveness, readiness, and adaptiveness which needed for industry 4.0.

Swarm Enterprises Need to Be Designed.  To create a swarm enterprise the old organisation will need to decentralise to make way for ecosystems with distributed authority and management. This may require some radical changes to eradicate conditioning practices and structures that reinforce and reward behaviours. Come with a unique solution and avoid a pick and mix of benchmarked best practices.

• The structure of organisations needs to follow the law of demand.

• Involve as many people as possible in the reorganisation effort, start with the mindset of eliminating rank and status

• Design around customers but appreciate the strength of the organisation and don’t throw away it’s soul.

The theoretical backbone of swarm leadership and collaborative networks is connectivism. Connectivism has at its core the idea that ‘decisions are based on rapidly altering foundations’ which are distributed across learning networks.  In this connectivist model, the leader is no longer storing the information in order to process an individualistic point of view. Knowledge, agency, decision-making, and power are all distributed across the networked community. This brings about amplification of learning, knowledge and understanding through the extension of a personal network. Swarm leadership is not ego driven by being fixated on influencing and leading decisions and processes, instead it is responsive.  Connectivist leadership nurtures and shapes the complex adaptive system to generate a collective view.

Creating a swarm enterprise has obvious advantages within the context of the fourth industrial revolution. It is a fit for purpose design that has collaboration, flexibility, and self-emergence at its core.

PrevPreviousInfluence: The Psychology of Persuasion by Robert B. Cialdini
NextThe Power of Communication: Skills to Build Trust, Inspire Loyalty, and Lead Effectively by Helio Fred GarciaNext 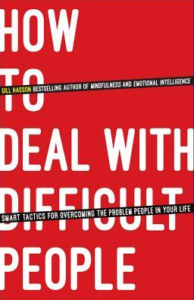 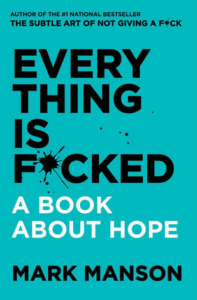