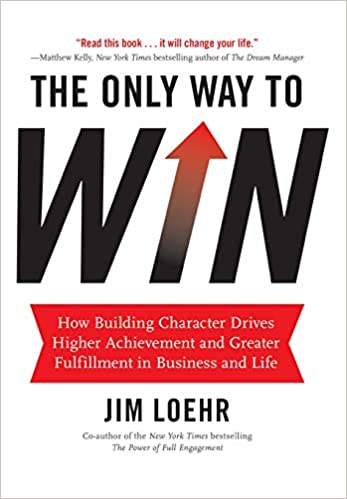 You gain satisfaction from autonomy, mastery and relatedness. A positive mindset is important, however life is all about purpose and meaning. Don’t be addicted to external rewards, particularly when outcome is uncertain instead think of a process as an opportunity to develop your character. The acronym to remember from this book is ABC: Always Build Character.

With extrinsic achievement, it’s clear that there can never be enough shopping, trophies, money, home renovations, cosmetic surgery fixes, rare jewelry, famous artworks, etc., to make a meaningful, enduring difference; this is why the very wealthy, who can buy anything they want, are quite often no happier than the rest of us.

Forget about self-esteem and concentrate more on developing self-control and self-discipline. The notions that self-esteem can be earned externally and, in the case of the narcissist, that it needn’t be earned at all are both seriously flawed. True self-esteem develops when one’s actions are congruent with one’s inner core of values and beliefs rather than reflections of externally or internally imposed demands.

Societies score card may be about you achieving things. Build your own focusing on how you want to become. Be cautious if you break your intrinsic values, you damage yourself the most, this could be physically, mentally, emotionally or spiritually. In business, as in all areas of life, when all is said and done, it won’t solely be who won but how they won and at what price.

Businesses should have a mission statement and actually hold these values. The classic business school example is the Tylenol crisis of 1982, when it was learned that someone had laced Tylenol capsules in the Chicago area with cyanide. Johnson & Johnson management believed so strongly in the precepts of their company’s mission statement that it pulled all Tylenol products from the shelves and stop all Tylenol production. They ignored advice from attorneys and consultants who argued that removing the product might harm the Tylenol brand, history showed the management made the correct decision and this was helped by sticking to the company’s predetermined values.

Athletes who found fulfillment were those who used the demands of their sport to grow personal strengths to satisfy important intrinsic needs. Unfulfilled athletes, by contrast, were those who used sport almost solely to pursue extrinsic rewards and, as a consequence, were unable to experience much happiness from the pursuit itself.

In essence the fulfilled athletes used sport to build highly valued strengths of character, while the unfulfilled ones never made the connection. This insight, applies equally to the world of business. Try to repurpose work to grow inner strengths of character that meet with your grand purpose in life. Andre Aggasi mentioned a lot as author was involved in sports coaching. Cites him as an example of transformation, winning but hating tennis, not enjoying it, then changing his purpose and putting his talent for tennis to good use and finding satisfaction from this.

If you look at successful people who seem to enjoy a life of privilege they have will usually have had intense, nearly continuous battery of character tests prior to getting to that point. If the ethical character of these individuals had not been forged before they obtained their privileges and power, they would have had almost no shot at resisting the myriad character challenges that are sure to come.

In parenting you don’t want to be too pushy also known as a ‘tiger’ parent but not too lax. Don’t live through achievements of your children. Although parents get satisfaction from their children’s success it is important not to have this as the main focus of your parenting, instead it is better to aim to develop their moral character. Avoid opting for a short-term goal such as the immediate satisfaction from winning over a longer-term goal such as character development which may have a more abstract result.

Children learn virtues of development at certain times. If they miss the learning at the appropriate time the door closes and important stages of moral development can be missed. This can potentially manifest with a variety of psycho-social crises in adulthood. A basic one would be that an infant’s need for trust is not fulfilled he may experience pervasive mistrust of others throughout adulthood.

You don’t want your children to end up devoting too much time to achieve extrinsic objectives as potentially their life can lack serious value. By spending upward of 90 percent of time chasing things empty of sustainable meaning on careful reflection they may not become very happy. Even if they achieve all extrinsic markers of success but do so at the expense of intrinsic growth, hollowness and disillusionment may follow. Without the right purpose, you will fail whether you achieve or don’t achieve.

It is worth noting that although extrinsic achievement is not the end point, it should not be discouraged. Just keep the value of extrinsic results in perspective. Ideally you use the forces and stresses of everything you chase extrinsically to help become everything you want and need to become intrinsically.

By pursuing extrinsic achievement in highly demanding and stressful scenarios these can be excellent opportunities to facilitate growth. The more you push and the more resistance you encounter, the richer the opportunities you will get to build and grow the fundamental values. Keep adjusting, refining, balancing to nourish the capacities you cherish most, particularly when the going is toughest.

The enduring path to achievement fulfillment at work and in life is making sure character trumps all other considerations.

For interest here is a list of Character Strengths and Virtues, made by Christopher Peterson and Martin Seligman based on Erikson’s eight stages

Stage: I Approximate Ages: birth to 1 Character Strength/Virtue: hope, faith, gratitude Characterization: Infants must learn to achieve a sense of safety, trusting caretakers to provide for their well-being.

Stage: VI Approximate Ages: age 18 to 25 Character Strength/Virtue: love, Intimacy Characterization: Young adults must learn to merge their identity with that of another person.

Stage: VII Approximate Ages: age 25 to 50 Character Strength/Virtue: care, kindness Characterization: Middle-aged adults must learn to concern themselves with the world and the next generation. Resulting 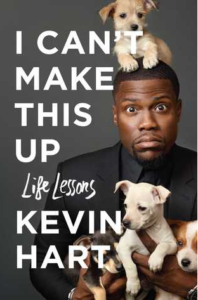