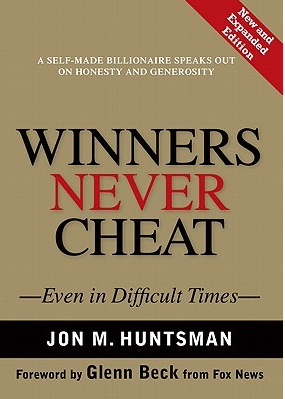 If we can act true to good values life would be simpler. In the long term acting without integrity will catch you!

This book was written by a successful CEO who was an advisor at the White House. The important lesson is to remind yourself of core values which are embedded from our earliest days: don’t steal, don’t cheat, don’t lie. It is important to adhere to these values in all aspects of life including in business.

Unethical acts can be viewed at times as the more practical route. The potential penalty for dishonesty may appear small compared to the perceived advantages, which may make you tempted to undertake that route. Don’t do it this is a slippery slope.

Book has advantages of potential profit or promotions, which he declined and ultimately if he had taken would have led to significant problems such as companies going bust and investigations. There are multiple examples in the book of him staying true to his word on a deal, even though he could have made more money by pushing the other side. He insists that in the long run this resulted in him having a good reputation and obtaining more business.

In business it is important that we listen to lawyers, but only for a second opinion. Your opinion as a CEO ought to be the first and the last. The CEO is the individual who takes the risk; who must determine the personally decent, ethical route. If lawyers are allowed to decide all that, they are the ones leading the company. Suggests that corporate attorneys are advisors after-all. If you have to choose between admiration and respect go for respect. Respect may come at a cost but will help you in the long run.

Never adjust your values downward. To do so requires that you must lie to yourself. Once you see yourself as a fraud, your positive self-image evaporates.

PrevPreviousThe Power of Positive Leadership: How and Why Positive Leaders Transform Teams and Organizations and Change the World by Jon Gordon
NextThe Master and His Emissary: The Divided Brain and the Making of the Western World by Iain McGilchristNext