Lean In by Sheryl Sandberg 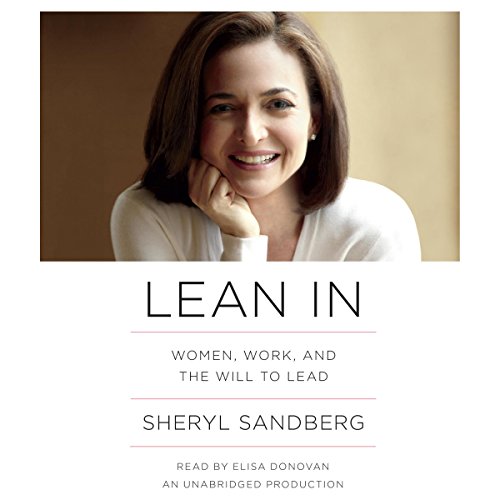 An interesting book that mainly focuses on how women are not doing as well in the workplace as their male counterparts. It suggests that men are encouraged to get to the top of their profession whereas women are continuously plagued with questions as to why they are not doing more homely tasks. It is written from the viewpoint of the well known “successful” author who is currently working in Facebook, has worked in Google and a number of other high profile businesses after studying at Harvard.

Quotes the fairly well known Heidi vs Howard study in which the same description is given about a career orientated person but the name is changed.  People who read the description were asked what they thought of the character. The female name was thought of as unlikeable and the male name as likeable.

Part of this book suggests that women need to put themselves out more “get to the (business) table” and a culture shift is needed that would be easier if they have more women leaders.

The book speaks at length about the challenge that women are generally perceived as needed to raise children (unlike men). An interesting concept is about pay, the women often give up or stall their career to raise their children thinking that the childcare costs the same as they get paid.  She suggests that they should instead think of future higher earnings by not giving up their career.  An advocate of child friendly working hours. She mentions (and doesn’t provide the reference in the audiobook version) there is strong evidence that more paternal involvement in a child’s life leads to a more fulfilled and healthier life for that child.

Perhaps a take home message is that women need more encouragement to apply for leadership roles.  Women need to be specifically asked things, as they may be reluctant to volunteer over male counterparts. Word of caution suspect if you did adopt this tactic you may then get in trouble for discrimination!

PrevPreviousBad Samaritans: The Myth of Free Trade and the Secret History of Capitalism by Ha-Joon Chang
NextMan’s Search for Meaning by Viktor FranklNext