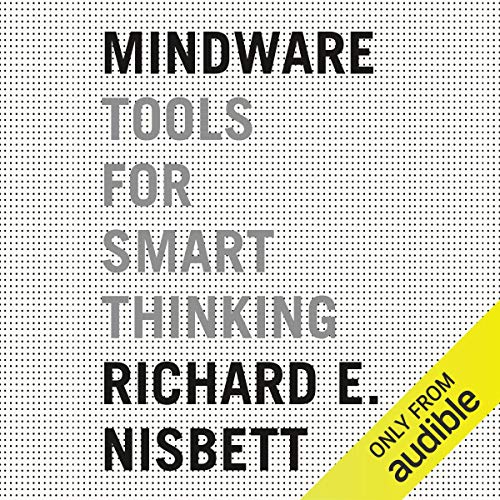 This one is actually a great book for those academically minded. Written by a Professor who talks in detail about different analysis methods including logistical regression analysis and cost benefit analysis.  Outlines the importance of situation when aiming to find an answer.  Elaborates on differences between East and West style thinking.  Most people from West visualise their timeline from left to right (I do), whereas people from East tend to visualise their timeline from behind them representing the past to in front of them representing the future. Some people would actually turn slightly behind them when asked to recall an event from the past if they have Eastern style thinking.  Suggests it is easy to make plausible explanations for associations and how easy it is to make mistake of attributing association with causation.

PrevPreviousMega Memory! Release All Your Super Mega Memory By Kevin Trudeau
NextMindwise: How We Understand What Others Think, Believe, Feel, and Want by Nicholas Epley.Next