The Right-and Wrong-Stuff: How Brilliant Careers Are Made and Unmade by Carter Cast 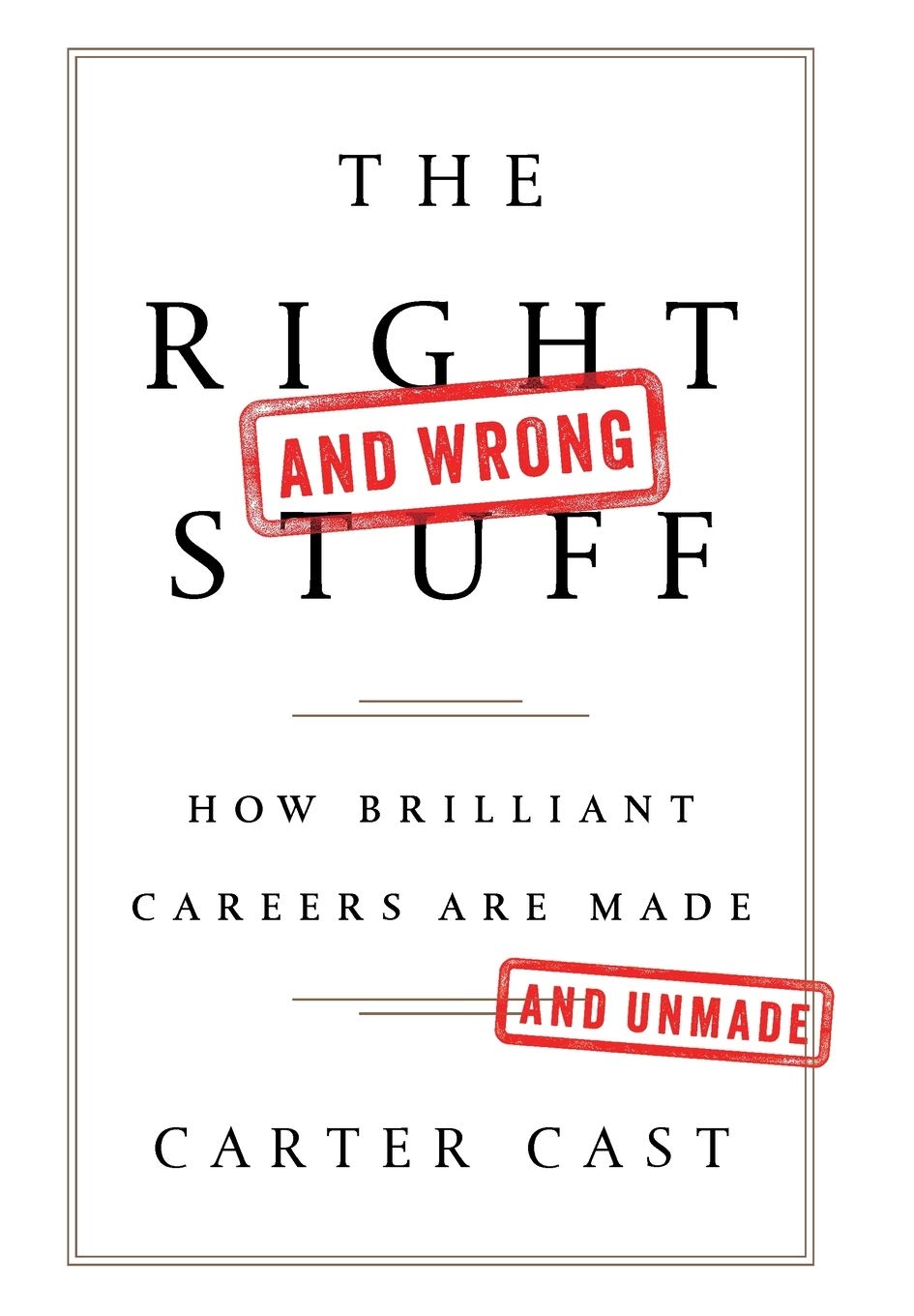 Builds on Daniel Kahneman’s research with practical examples of how to critically think in the world of business.

One interesting concept is that positive thinking is extremely desirable when analysing events in which you have any control. Not just in business even when playing sports, think positively for example imagine a basket or hole you are aiming at is larger. Don’t however be over optimistic with events such as stocks and shares that are out of your control, instead think carefully and critically about these investments.

Puts can control belief versus actual control on a 2×2 grid then develops definitions of error types. Type 1 error (false positive) is overestimating our control in situations – do research to avoid these and we should try to be aware of what is within and without our control. Type 2 errors (false negative) are failing to take action when our action could alter an outcome, make every effort to influence what is in your control. Reinhold Niebuhr’s Serenity Prayer sums this up: “To know the difference between what we can change and what we cannot is a profound kind of wisdom.” Book stresses overall, we’re often better acting as if we can

effect change, rather than accepting that we can’t – particularly as many decisions a out processes occur over time.

Strategic thinking is required when you are competing with people, particularly if winner takes all. You’re competing against people who are also trying to beat you therefore your tactics must change accordingly. Even small improvements in absolute performance could have a large impact on relative performance.

With your own personal savings take note – this is not a competition or a zero sum game therefore take less risks with this.

Know the game you are playing aspirational versus survival. Aspiration point: What’s the best I can do? Can I make a bold move that, if successful, will place me at the top of the pack, at least for a while? Is it worth making a risky bet that could bring great

Survival point: What’s the least I need to do in order to stay alive?

Select your aim depending on the type of business you are in and how the rewards are shared.

Has quite a lot on statistical models

Such as Bayesian models and mentions how a prediction can often influence outcome therefore models should ideally be updated swiftly. Contains an analysis from an old Harvard study which found good academic performance can predicted by a history of if students have participated in or set up their own study group.

Explains a concept called the Common Auction Value in which if you’re buying something at an auction or a share the item has the same value to everybody. This differs from a private value auction in which sentimental value is taken into account. If you perceive a

Product is being sold at much less than its common auction value you’re probably wrong – the value is lower than you perceive.

Regarding achievement; if you are competitive and compare yourself to others you may achieve more, as this comparison may motivate you, however you are less likely to be satisfied with your achievements.

Overconfidence is often blamed as the reason for somebody’s downfall, dont simply look at a failed outcome and attribute this to overconfidence. If you examine a situation closer and think about what they knew about the competition’s performance at that time they may be underconfident at not performing a different action.

Suggests that authenticity is not really a sensitive way of detecting leadership. Simply because if you look at any leader it is easy to say that they’re authentic, but many other people who are authentic and not in positions of power. For leaders, at times when they know the facts but need to motivate a team toward a particular action really acting and deception is what is needed!

PrevPreviousHow to Use Power Phrases to Say What You Mean, Mean What You Say, and Get What You Want by Meryl Runion
NextNever Eat Alone by Keith FerrazzNext