The Third Door: The Wild Quest to Uncover How the World’s Most Successful People Launched Their Careers by Alex Bayanan 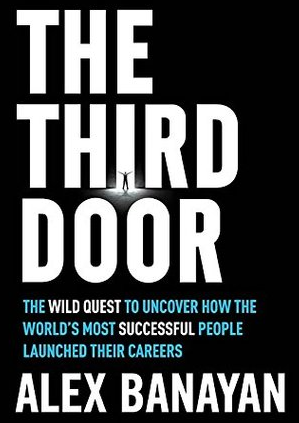 In honesty believe this book is somewhat overrated. The author tells a story of how he managed to interview successful people such as Mark Zuckerberg, Pitbull, Bill Gates, Tim Ferriss and Warren Buffet, sharing the learning points from speaking to them.  Starts off mentioning how he got onto the game show ‘The Price Is Right’ by getting deliberately noticed in the audience along the way. Main suggestion is there is always another way to get to where you want to be which may not be immediately apparent.

Predominately with persistence, learning about himself and improving network tactics he is able to interview lots of successful people.  He uses some tactics like hiding in the toilets to time the approach to Tim Ferriss who has just given a talk to many thousands  and makes several errors by approaching people only thinking about himself rather than them.  Doesn’t realise that the persistence he initially displays is in fact annoying and managed to get an interview due to a mutual friend.

Finds that by not just focusing on trying to interview one person at a time, being open and willing to meet other interesting people he can learn a lot.  Aims also to find someone who is the ‘inside man’ and gets stung in which somebody pretends they know Warren Buffett but in fact they don’t.

The most pertinent advice was from Sugar Ray: “You may have a desire, a wish, a dream—but it’s got to be more than that— you’ve got to want it to the point that it hurts. Most people never reach that point.” In addition Pitbull summarises that you need to be humble enough to keep learning, even when you are at the top of your game