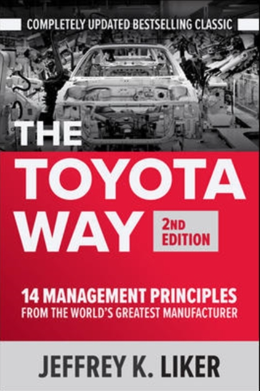 Generic “solutions” are simply uninformed guesses. We are used to how-to books, road maps, and IT and consulting companies boldly advertising they are “solution providers.” Plug in these solutions and play – these rarely work.  Ultimately, Toyota’s success derives from its ability to cultivate leadership, teams, and culture; to devise strategy; to build relationships across the value chain; and to maintain a learning organization. Toyota and the lean model is often touted as a great business case model but most attempts to implement lean have been superficial. Most companies focus too heavily on tools such as 5S (cleaning and organizing the place) and work cells, without understanding lean as an entire system that must permeate an organization’s culture. In most companies where lean is implemented, senior management is not involved in the day-to-day operations and continuous improvement efforts that are at the center of lean.  Remember Toyota developed Toyota Production System (TPS) to address pressing problems—not as a way to implement known solutions.

By observing the value stream of the raw material moving to a finished product one can identify “stagnation” where value was not flowing. This approach was radically different approach from the mass production thinking that focused on identifying, enumerating, and eliminating the wasted time and effort in separate production processes.

Toyota perceives it’s mission is bigger than short term profits – instead about helping the community & staff in the long term.  Working faster just for the sake of getting the most out of your workers is another form of overproduction and actually can lead to employing more labour overall.  All staff are motivated to fix problems and inefficiencies because the process will shut down if they aren’t fixed.

A batch and queue system with inventory buffers allows each process to work independently.

Sometimes it is best to hold extra inventory of high-volume finished goods as a buffer against fluctuations in customer demand.  However, the use of a push pull system to effectively managing stock is used by TPS as this means an excessive surplus is not built-up.  When the stock is needed, more is obtained.  Supermarkets often strive to do this and potentially some of this could become automated in future – think the in person Amazon Fresh shop.

Standardise where things are kept, keep the factory well organised.  Along with creating a levelled schedule, factories need to reduce setup time in order to quickly change over between products and build in small batches.  This requires system thinking, instead of thinking about local optimization of individual operations.

To get to lean flow requires seeking to eliminate the three Ms:

Muri (overburden).
The three Ms are all interrelated.

Toyota learned long ago that solving problems at the source saves time and money downstream. By continually surfacing problems and fixing them as they occur, you eliminate waste and productivity soars.  There is a “continuous line stop” allowing problems to be rectified. By connecting workers with small amounts of inventory, when inevitable failures occur, the employees solve these problems one by one.  This is versus competitors who were running assembly lines flat out and letting problems accumulate get left in the dust.

When Toyota’s competitors finally did start using Toyota’s ‘and on’ system, they made the mistake of assuming that the line-stop system was hardwired to each and every workstation—push the button, and the entire assembly line comes to a screeching halt. Then could be reviewed problem solved at source. The whole line doesn’t necessarily stop just a section, workers problem solving skills are used to improve the process.

When you teach your employees the importance of bringing problems to the surface so they can be quickly solved. Unless you have people who quickly identify problems and a problem-solving process that they follow, there’s no point in spending money on fancy technology.

A visual control is any communication device used in the work environment that tells us at a glance how work should be done and whether it is deviating from the standard.

Toyota does not have a cycle of changing leaders, externally recruited from outside if the business is not performing.  Toyota leadership aims to provide calm and stability, they give this from leaders who have been trained by Toyota. The leader should get their hands dirty and have a practical and zone experience of all aspects of the business. Toyota hires for potential and really cares about the development of it’s employees.

Human factors are always put above automation.  If a process works in one factory with automation this is then slowly moved to other factories.  Other factories are alerted of this and then it is left to them to implement the process themselves when they have gained expertise.   Here are some general principles:

Lesson 1: There is no substitute for direct observation.
Lesson 2: Proposed changes should always be structured as experiments.
Lesson 3: Workers and managers experiment as frequently as possible.
Lesson 4: Managers should coach, not fix.

Extrinsic rewards can be powerful motivators when the work to be done is very clear and creative thinking is not required. When “outside the box” thinking is needed, money causes people to try to rush toward the goal, and they think less deeply. Therefore extrinsic awards seldom provided in Toyota.

Toyota’s famous five-why analysis has become almost synonymous with how Toyota solves problems. True problem solving requires identifying “‘root cause’ rather than ‘source’; the root cause lies hidden beyond the source.”

A leader may try to understand what people want from a car in theory but miss the point if they don’t get out from behind their desk.  They need to go to the gemba, a Japanese term meaning “the actual place”. With a deeper understanding of the target audience they might realise that the boot needs to be big enough to fit wood purchased from the home depot for some people.  One Toyota leader drove about in different countries and all the states across America.  They gathered a deep understanding of different ways people will use their cars.  Some might need two cup holders per person if they are taking long journeys or a design to make it easier for them to eat food in their car where this might be the norm, unlike in other countries.

A non-car related example of the gemba being useful is from 2013 at a Midwest US paediatrics hospital. An incident had occurred – three blue babies, meaning the babies had stopped breathing and turned blue. An executive team was set up to investigate.  They were informed that sensors were attached to the babies, an elaborate signalling system run by computer was in place. When a signal indicated a problem, the expected response time was 30 seconds, but the average was an alarming 150 seconds. The solution proposed was to buy a new computer system for $5 million.  Fortunately, firstly the executive team went on the gemba and visited the unit.  Speaking to staff and asking about the existing process for what happens when an alarm goes off was very enlightening.  Some administrative assistant staff said when they hear an alert they simply “turn it off.”  Why? “Because they are always false alarms.” How do you know that? “When there is an alert, I am supposed to get a voice follow-up. If there is no voice follow-up, I assume it is a false alarm. The parents can signal for help or I can get an automated signal from sensors on the babies detecting a breathing problem. The babies roll around all the time and trigger the sensors stuck onto them, causing mainly false alarms”

After this a process change occurred, the administrative assistant could no longer remotely turn off alarms; only a clinician in the patient room could turn off an alarm.  In addition, all parents/guardians of children were trained in how to use the manual bedside alarm along with instructions posted bedside.
Longer term, other inexpensive changes were made to engineer and pilot a new process, like simplifying the light system and getting proper sensors for the babies, but none involved buying a new computer system. Results: post-intervention response time went down from 150 seconds to 20 seconds (better than target), and no babies turned blue.

The concept of a learning organization can remain an abstraction until it is translated into a mindset and behaviour of scientific thinking. People naturally prefer certainty and want to believe they are right, without taking the time to think deeply or study the actual condition.  Building culture through kata (practice routines) starts with a focus on mindset and behaviour; and only through a long process of repeated practice and corrective feedback from a coach, can you create a culture of scientific thinkers.

Think of iterative learning as one-by-one problem solving where you break the problem into pieces and learn from each experiment informing the next. It is not just that small changes can make a difference, but many small changes with a clear direction toward a big challenge.

There is some evidence that the shock of Covid-19 pushed many companies to cut through coercive bureaucracy and become more people centred, quickly adapting and learning and even changing values toward higher levels of trust, engagement, and communication. Unfortunately, those changes often did not reach the thinking in the  executive suite, which makes them unlikely to sustain over the long term.

Each organization is in a unique position and needs its own strategy; copying benchmarked companies can stunt creative thinking and set you back.

At the core of any successful culture change effort is mutual trust. Mutual trust comes from actions, not words. When I see you behaving consistently over time showing competence, understanding, concern for me, and fairness, I will trust you, until you act in a way that violates that trust. Unfortunately, it is much easier to destroy trust than to build it.

PrevPreviousDigital Minimalism: Choosing a Focused Life in a Noisy World by Cal Newport
NextThe Courage to Be Disliked: How to Free Yourself, Change your Life and Achieve Real Happiness by Ichiro Kishimi & Fumitake KogaNext 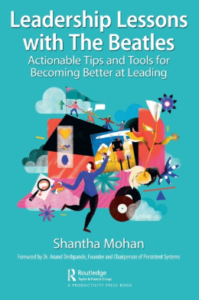