Turn the Ship Around! A True Story of Turning Followers Into Leaders by L. David Marquet 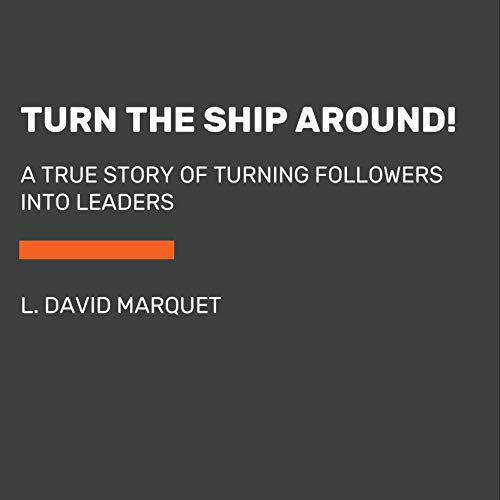 Based around true tales about Sante Fe, a nuclear submarine that was not being lead as well as it could be. This was managed is a leader follower approach, which was used to leadership often in the Navy in which every decision was sent higher up the chain and there was low morale all round.

A leader to leader approach was instead implemented. Initially by targeting mid-level managers and empowering them. Part of this with by asking them what they like and dislike about the current roles, then it was to give them more independence to undertake duties, responsibilities with a purpose and accountability.

The culture of risk aversion was changed, it was at a point nobody would make any decision in case they got the wrong. Overtime this was changed to striving for excellence.

Instead of giving orders the process was changed so that people say “I intend to” prior to an action so others could correct them. This meant people took more deliberate action rather than being on auto pilot in addition this instigated more dialogue and removed the top-down culture. In the top-down culture if the top person is wrong everything is disastrous (particularly on a nuclear submarine).

Utilise team collective knowledge to make decisions. To do this he tried not to give an order unless somebody had recommended this to him. The problem with this approach mainly occurs in urgent situations when an order is required immediately. Try to get your organisation not to be reactive like this to urgent situations, instead try to plan things and collectively make decisions.

Other changes to process included getting rid of briefs which had become a passive processes that people listen to and often already knew what was being said. Instead they introduced certification in which the boss is asking for updates so people actively engaged in dialogue about updates. Finally many staff members got promoted, this was from the boss strategically planning how to help his workers. In the Navy promotion mainly relied on good exam performance, so the boss enabled duty adjustments to be implemented allowing dedicated study and feedback. This was appreciated by the workers who could see that the boss had their better interests at heart, thereby boosting morale.