What The Dog Saw by Malcolm Gladwell 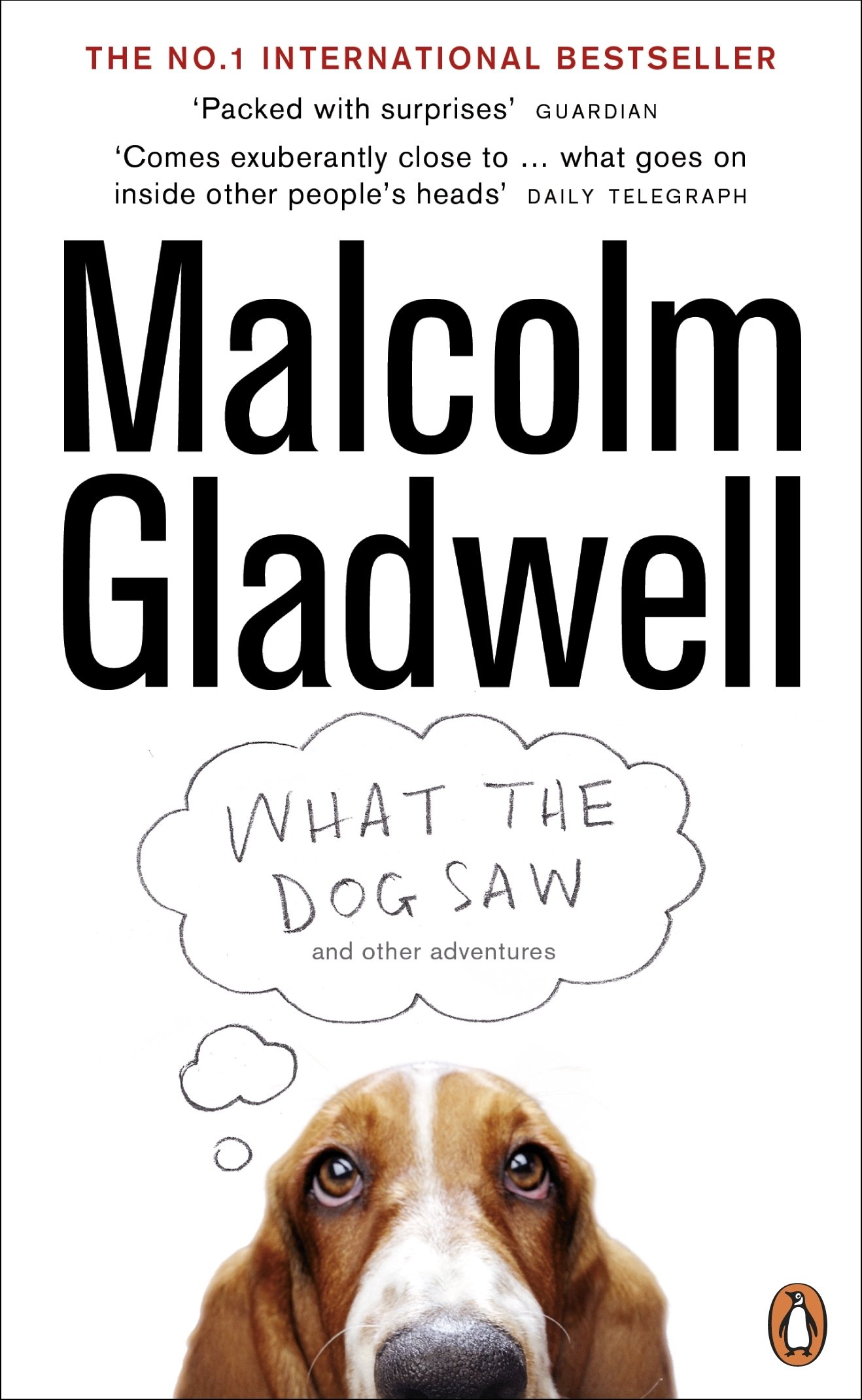 Contains interesting information based on short real stories merged together into a book which is interesting enough to[1]  read. Suggests that people don’t all think alike and therefore interpret the same thing differently. In particular people from different backgrounds and professions think differently. How you think also depends on people you mix with.

Information about inventions of kitchen devices and sales. Great charisma and sale charm is useful, how TV advertising was merged with demonstrating products is interesting but unlikely to actually provide the reader with any practical action points.

Title is based on fact that Dogs see and act differently to primates. Wide range of topics are discussed such as terrorist attacks, breast ductal carcinomas in situ and catching serial killers. What is not always visible at the time is often much more evident and easily visible on hindsight. Copyright infringement in both West End plays and musicals pop tunes is mentioned.

As an interesting bit about forensic profiling and says the FBI profiles used to be so vague they could fit with anybody. They would use a similar technique to psychics. Trick of saying things such as you don’t work with children. If they say they don’t; you’re right, if they say they do; you can say I thought.

Making a maximum number of predictions can be a good tactic. The ones that turn out to be correct look like you’ve done well the ones that are incorrect are soon forgotten.

Tacit knowledge involves things like knowing how to manage yourself and others and how to navigate complicated social situations. Questionnaires can assess this for example being theoretically moved to head a suboptimal, yet performing department. Aim to give regular reports to your superiors and make people feel responsible for their work rather than trying to radically reshape this department.

The overall learning point for me is to think about things not just from a blinkered perspective and approach things from a wide range of view points.

PrevPreviousThe 8 proven secrets to SMART success by Peggy McColl
NextDrive: The Surprising Truth About What Motivates Us by Daniel H. PinkNext