Dealing with People You Can’t Stand: How to Bring Out the Best in People at Their Worst by Rick Brinkman and Rick Kirschner

Outlines how to deal with several types of difficult people, the main common theme is to trying to establish rapport with any type of person, often by listening to them and understanding where they are coming from. Has details of proposed strategies to deal with several different types of people, naming them things like grenades and snipers.

Peole can generally have four different attitudes towards tasks:

Get the task done

Get the task right

Get along with people

Get appreciation from people

People can switch between attitudes but generally have a preference, it is important to try to understand the attitude the person you are dealing with has towards the task you are trying to work with them on.

If somebody does something badly when speaking to them about this assume their positive intent, particularly if dealing with a ‘Yes’ person. Mention this prior to them prior to gathering information about why it went wrong this puts them at ease and lead to productive future discussions. The honest supportive chat helps move things forward.

When somebody make snide comments, particularly in public search for the relevancy by back tracking on their comment and exploring their thought process. Repeating their comment and asking them what exactly they mean by their comment is important. This response isn’t necessarily going to lead to an argument, it can sometimes make them uncomfortable and stop their sarcasm directed towards you in the future.

If you encounter a ‘whiner’, shift the focus to problem solving. Back track their comments, clarify and seek common ground and objectives.

Understand that some people’s behaviour is driven by a need for attention and appreciation.

Suggests when dealing with people on the phone, particular ‘grenade types’ who have an explosive personality type unleashing venom in a rant a good way to combat this is to phone them back. When you phone them back having established exact details often the time between calls can be good as this can allow them to cool down a bit.

With emails it’s important to not reply in haste adding fuel to fire. Suggests composing a response, in a different application, so you don’t accidentally send this and reviewing this at least a day later. This was you provide a productive response rather than go down the route of unproductive argument.

Above all think of dealing with difficult people as an opportunity to enhance your communication skills. 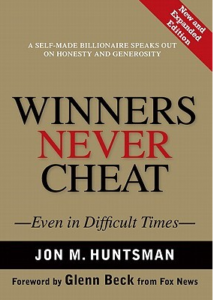 If we can act true to good values life would be simpler. In the long term acting without integrity will catch you! This book was 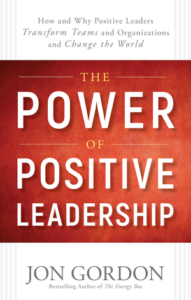 Your Positivity Must Be Greater than All the Negativity. Positivity is about more than having a positive state of mind. It’s also a life changer